Sawyer Bernath (full-time)
Executive Director
Sawyer manages all BERI operations, including our collaborations program. Prior to joining BERI in 2019, Sawyer was a Production Manager at Research Electro Optics (now Excelitas Boulder) and Head of Production at Modular Robotics. He has a B.S. in physics from Tufts University.

Andrew Critch (~2 hours/month)
President & Founder
Andrew is deeply driven to contribute to AI safety efforts on a global scale. He is CEO and Co-founder of Encultured. Immediately prior to Encultured, Andrew spent 5 years working as a full-time research scientist at UC Berkeley, within the Center for Human-Compatible AI (CHAI), where he retains a part-time appointment. Andrew also established the Survival and Flourishing Fund and Survival and Flourishing Projects with the support of philanthropist Jaan Tallinn, and co-developed the S-process for philanthropic grant-making with Oliver Habryka. In 2013, Andrew earned his Ph.D. in mathematics at UC Berkeley studying applications of algebraic geometry to machine learning models. During that time, he cofounded the Center for Applied Rationality (CFAR) and the Summer Program on Applied Rationality and Cognition (SPARC). He was offered university faculty and research positions in mathematics, mathematical biosciences, and philosophy, worked as an algorithmic stock trader at Jane Street’s New York City office (2014-2015), and as a Research Fellow at the Machine Intelligence Research Institute (2015-2017).

Andrew Critch
Chair of the Board
See above for Andrew's bio. 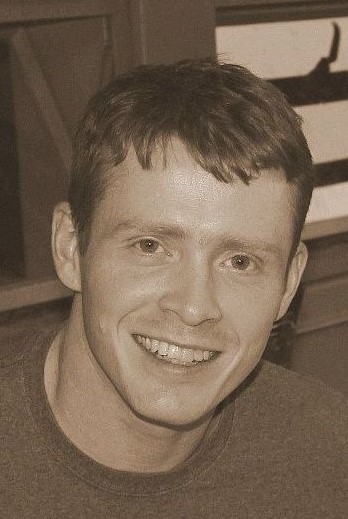 Jess Riedel
Treasurer & Director
Jess Riedel is a physicist (senior research scientist) in the Physics & Informatics Lab at NTT research in Sunnyvale, CA. He specializes in quantum information, decoherence, and the quantum-classical transition. In particular, he has worked on dark-matter direct detection with matter interferometers and on rigorous definitions for wavefunction branches on a many-body lattice. Jess was previously a visiting scholar at the Center for Human-compatible Artificial Intelligence at the University of California, Berkeley, and held postdoctoral research positions at the Perimeter Institute for Theoretical Physics and at IBM Research. He earned a Bachelor's in physics from Princeton in 2007 and a PhD in Physics from UC Santa Barbara in 2012, advised by Wojciech Zurek at Los Alamos National Lab. His website is jessriedel.com.

Advisors to the Board

Jaan Tallinn
Entrepreneur, programmer, physicist
Jaan Tallinn is a founding engineer of Skype and Kazaa. He co-founded the Centre for the Study of Existential Risk, the Future of Life Institute, and philanthropically supports other existential risk research organizations. He is also a partner at Ambient Sound Investments, an active angel investor, and has served on the Estonian President’s Academic Advisory Board.

Jacob Tsimerman
Professor of Mathematics, University of Toronto
Jacob Tsimerman is a Professor of Mathematics at the University of Toronto, a Sloan Fellow, and the 2015 recipient of the SASTRA Ramanujan Prize, an international prize for work in the area of number theory. He obtained his PhD degree from Princeton University in 2011 under the guidance of Peter Clive Sarnak. In 2003 and 2004, Jacob represented Canada in the International Mathematical Olympiad (IMO) and won gold medals both years, with a perfect score in 2004. Following his PhD, he had a post-doctoral position at Harvard University as a Junior Fellow of the Harvard Society of Fellows.

Matt Fallshaw
Founding team and CIO at Bellroy
Matt Fallshaw serves as Chief Information Officer at Bellroy, a company he co-founded. Matt has also been a product designer & product design manager, a factory & tool room manager, a logistics & supply chain consultant, a programmer & software consultancy manager, and a director of a handful of startups. Matt earned a BE and a BA at the University of Melbourne.

Seán Ó hÉigeartaigh
Interim Executive Director, Centre for the Study of Existential Risk, Cambridge
Seán is PI on CSER’s research projects, and leads CSER's research direction, strategy and management. As founding Executive Director, Sean has led the development of CSER from concept to physical centre, developing its research vision in collaboration with its founders, securing its funding and recruiting its research team. Sean's own reseach focuses on technological trajectories and impacts of AI and other emerging technologies. He has led research programmes on these topics at the Future of Humanity Institute from 2011-2015, and co-developed both the Strategic AI Research Centre (Cambridge-Oxford collaboration), and the Leverhulme Centre for the Future of Intelligence (Cambridge-Oxford-Imperial-Berkeley collaboration) in 2015. He has a PhD in genomics from Trinity College Dublin.

Sofia Davis-Fogel
Fellowship Director, Reducetarian Foundation
Sofia was Project Manager at BERI from 2019-2020 before transitioning to an advisory role. She is currently Fellowship Director at Reducetarian Foundation and Program Coordinator at the NYU Mind, Ethics, and Policy Program. She also serves on the board of Insects Inbound, a project of Rethink Priorities. Previously, Sofia was Managing Director at Animal Charity Evaluators and worked on The 80,000 Hours podcast.

Stuart Russell
Founder and Director, Center for Human Compatible AI
Stuart Russell is a Professor of Computer Science at the University of California at Berkeley, holder of the Smith-Zadeh Chair in Engineering, and Director of the Center for Human-Compatible AI. He is a recipient of the IJCAI Computers and Thought Award and held the Chaire Blaise Pascal in Paris. In 2021 he received the OBE from Her Majesty Queen Elizabeth and gave the Reith Lectures. His book "Artificial Intelligence: A Modern Approach" (with Peter Norvig) is the standard text in AI, used in 1500 universities in 135 countries. His research covers a wide range of topics in artificial intelligence, with a current emphasis on the long-term future of artificial intelligence and its relation to humanity. He has developed a new global seismic monitoring system for the nuclear-test-ban treaty and is currently working to ban lethal autonomous weapons.